2017 – The Dead Sea and Petra, a UNESCO World Heritage Site.

For website: Petra, Jordan has been high on my list of “top 100 things to do” for many years and when the opportunity presented itself in 2017, I jumped on it. It was a “trip of a lifetime” as the saying goes. The funny thing is that I’ve said that before; it was just a year earlier that I visited another bucket list destination to see the Terra Cotta Warriors in remote Xi’an China, and also cruised to Japan and visited the peace memorials at Hiroshima’s Ground Zero and in Nagasaki. Before that I joined a group of my equine sports industry business colleagues in Dubai, a destination I had previously thought would be almost out of reach.

So, I’ve recently realized that it’s possible to take the one-time traditional “a trip of a lifetime” and make it a lifestyle. All it takes is the usual hard work, some perseverance, the good sense to know that it’s possible and the initiative to just do it. 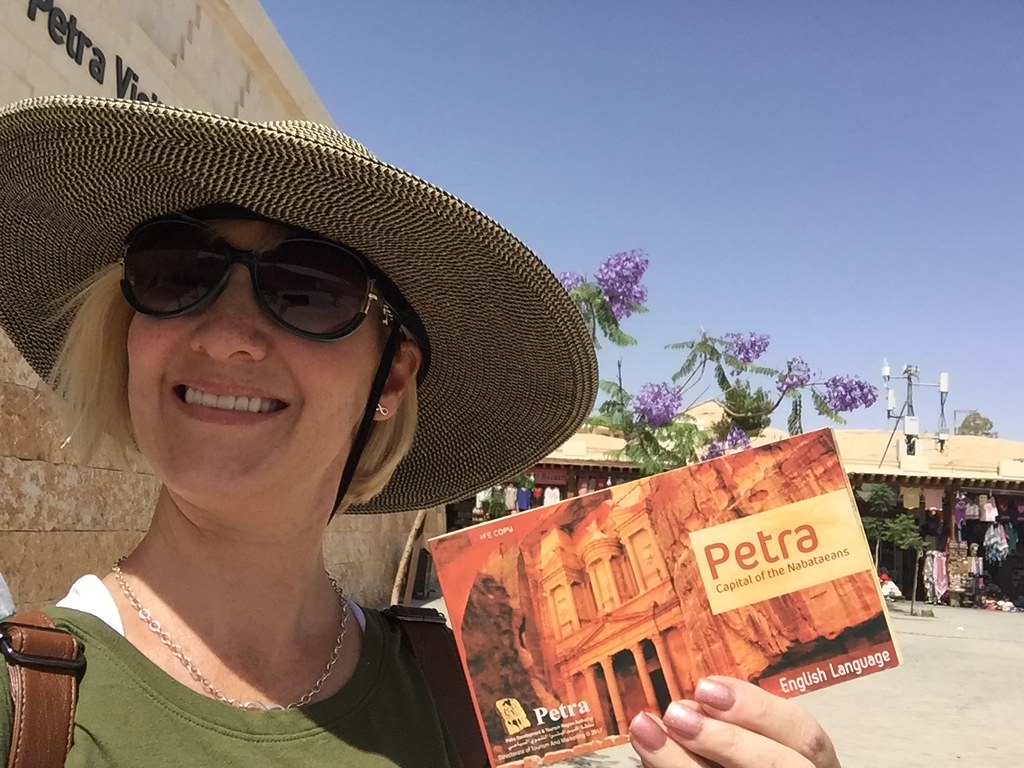 As for Petra, I have to say I was inspired by the Indiana Jones movies and even adoringly took part in the Universal Studios Indiana Jones stage skit in Orlando, Florida last year. I know Hollywood movies aren’t historically accurate, however they do their job when they inspire. Raiders of the Lost Arc is my favorite. 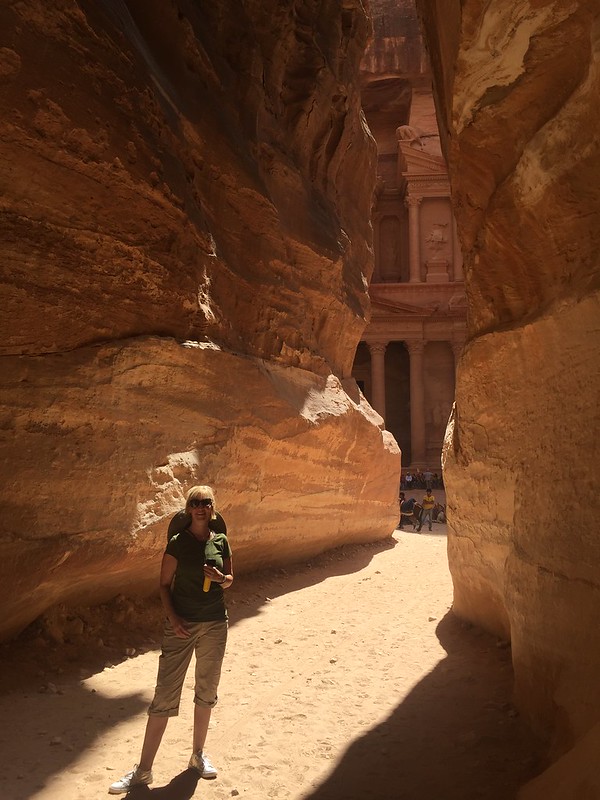 What surprised me most about Petra, was what led up to it – the Moses water hole. It is the place where Moses struck his rock with his staff to bring water to the people. Today, spring water still bubbles from that spot and provides water to the people.
Petra is only 15% uncovered, leaving the vast majority still hidden for future generations to discover. The ancient cave dwelling civilization of Nabataeans, estimated by some archeologists to have occupied the area since 312 B.C., still exist there today, although recently relocated by the government to a hilltop community overlooking Petra. 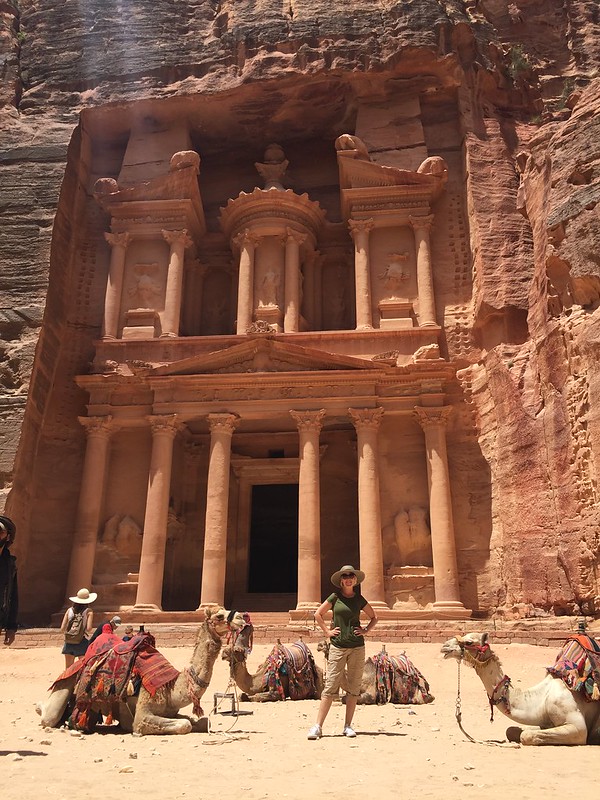